The Electric Toyota bZ4X Premiere Of The Serial Version 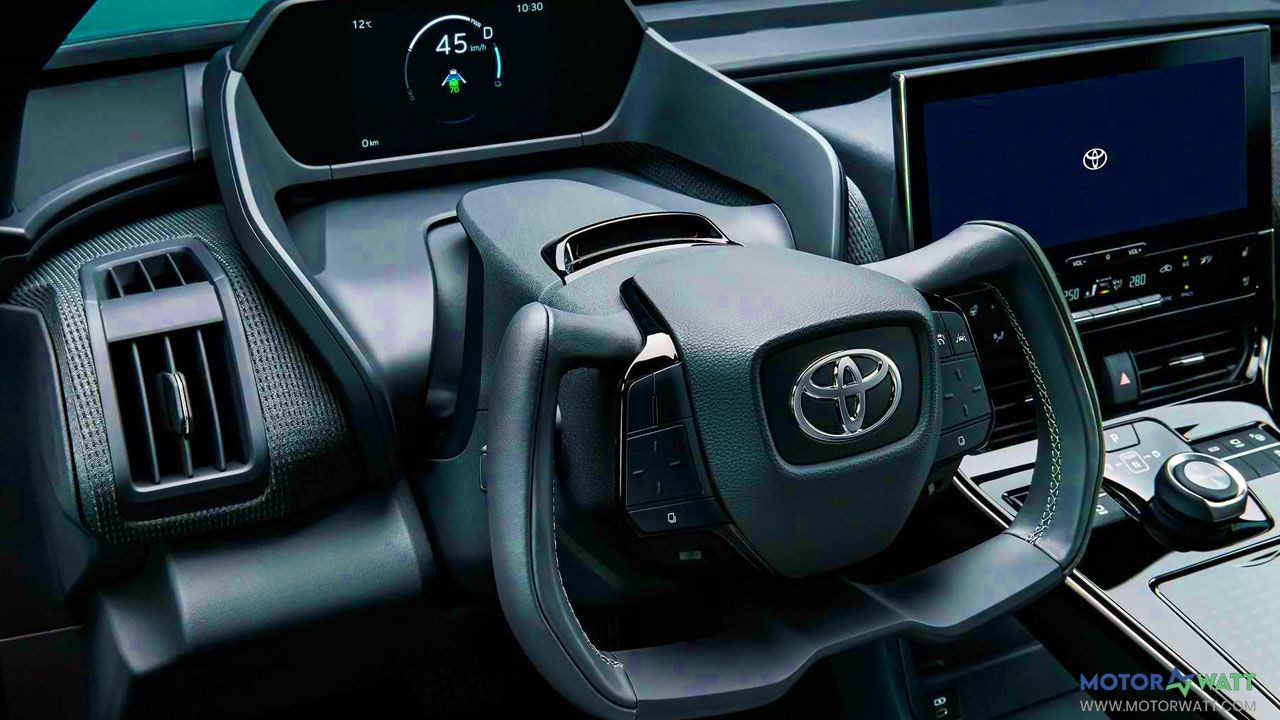 Most recently, in the spring, the electric Toyota bZ4X debuted at the Shanghai International Auto Show. The premiere of the serial version took place the other day. The bZ4X model is similar and approximately equal in size to the RAV4 model. The new car is based on the e-TNGA platform.

At the start of sales, the crossover has two main versions: the base is equipped with one 204-horsepower electric motor on the front axle (torque 265 Nm). Acceleration to hundreds lasts 8.4 seconds, and the maximum speed is 160 km / h. The second version - an all–wheel drive version with two engines develops more - 218 hp. and 336 Nm, and his sprint is faster – 7.7 seconds.

Both models use a battery with a capacity of 71.4 kWh, but in the initial version the range is greater – around 500 km according to the European WLTP cycle, and the four-wheel drive drives 460 km. If desired, instead of the traditional steering wheel, buyers will be able to choose a steering wheel that does not have a direct mechanical connection with the wheels, and control is carried out by wires.

The digital instrument panel rises above the torpedo so that the driver does not lower his gaze and does not get distracted from the road. The screen of the infotainment complex is quite large, and its shape is rather square. It is known that the media system has voice control, access to cloud services and many other features that the manufacturer has not yet disclosed.

The Subaru Solterra is being prepared to be released on the basis of the bZ4X. He will have a similar appearance and possibly the same characteristics. It is possible that the options announced for Toyota in the form of a panoramic top or solar panels on the roof will also go to Subaru.

Volkswagen ID.Buzz Is a Highly Demanded EV
Hyundai IONIQ 6 Will Be Released In a Limited Vers...