Hyundai IONIQ 6 Will Be Released In a Limited Version 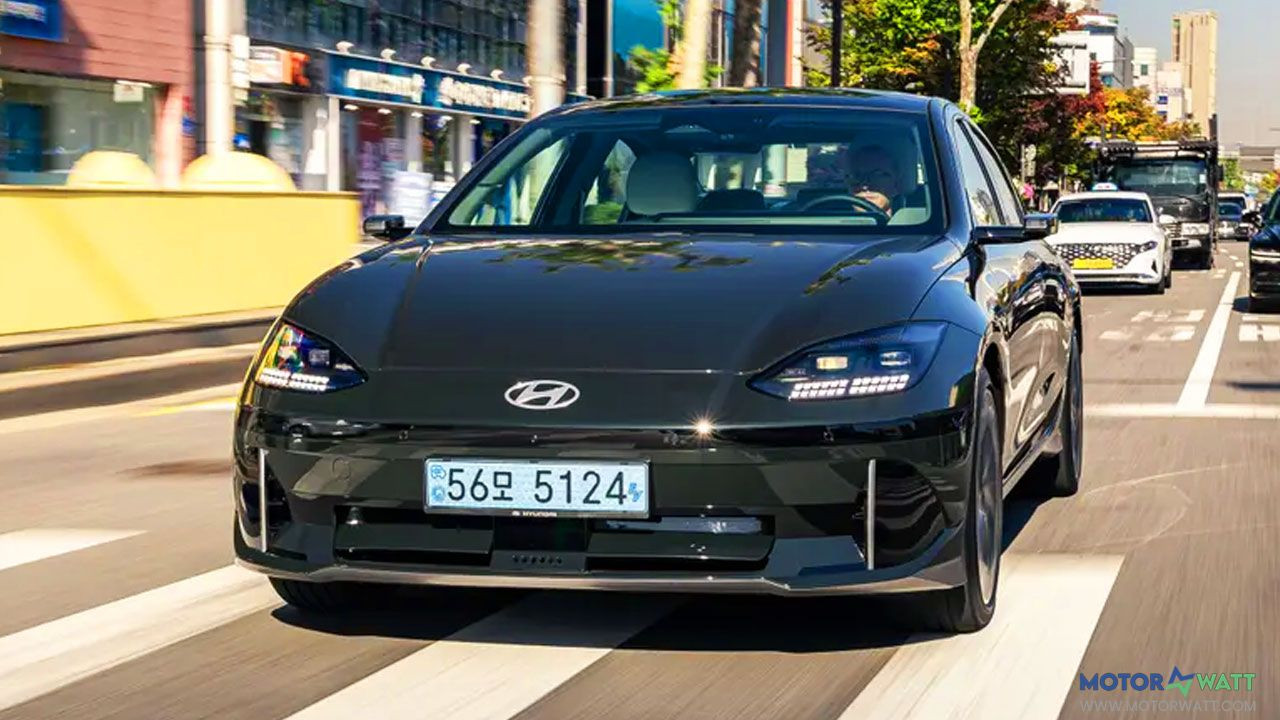 The Hyundai IONIQ 6 electric car will be available for order from November 9 only in the "First Edition" configuration, and other variants are planned to be released later. The new model, which Hyundai called The Electric Streamliner, uses almost the same technology as the IONIQ 5. The model can be equipped with a 58 or 77.4 kW battery. However, thanks to the use of the latest technology and its extremely streamlined shape (it has a drag coefficient of only 0.21 Cd), the IONIQ 6 can exceed the maximum claimed range of the most efficient IONIQ 5 by 64 miles.

The limited edition IONIQ 6 "First Edition" starting at 63,600 received several additional exclusive exterior and interior design elements. On the outside, the model's 20-inch wheels have a matte black finish, as well as glossy black moldings on the front, rear and side, as well as mirror covers.

The" First Edition " uses a 77.4 kW battery.h with an all-wheel drive transmission that delivers 321 hp and 605 Nm of torque. Based on the same E-GMP Platform as the IONIQ 5, there is a built-in charging system with an ultra-fast 350 kW charger. Hyundai says customers will get a free one-year subscription to the IONITY Premium package.

After the first release, the IONIQ 6 will also be available in two other trim levels: Premium and Ultimate. Pricing for the rest of the lineup hasn't been announced yet, but we expect one of them to be lower than the "first Edition" version, with less hardware and a potentially smaller 58kW battery.H. IONIQ 6, equipped with a 58 kW battery will have a mono drive, while the 77.4 kW version has all-wheel drive, which allows you to accelerate to 100 km/h in 5.1 seconds.

The Hyundai E-GMP architecture can support both 400V and 800v charging, with 800V charging as standard. With the IONIQ 6 fast charger, you can charge 10 to 80 percent in just 18 minutes.

With a length of 4,855 mm, it is longer than its main competitors, including Tesla, and with a wheelbase of 2,950 mm, it provides impressive rear space. However, unlike some competitors, the IONIQ 6 is just a sedan with a narrow luggage compartment. At the same time, Hyundai has not yet disclosed details of the total capacity of the trunk.

The IONIQ 6 dashboard has a similar theme to the Model 5 with two 12-inch infotainment system screens and a driver display on the dashboard. There are additional screens located at each end of the dashboard, also for a camera system that can replace traditional door mirrors.

The Electric Toyota bZ4X Premiere Of The Serial Ve...
Launch Of The First LUCID Studio In The Middle Eas...