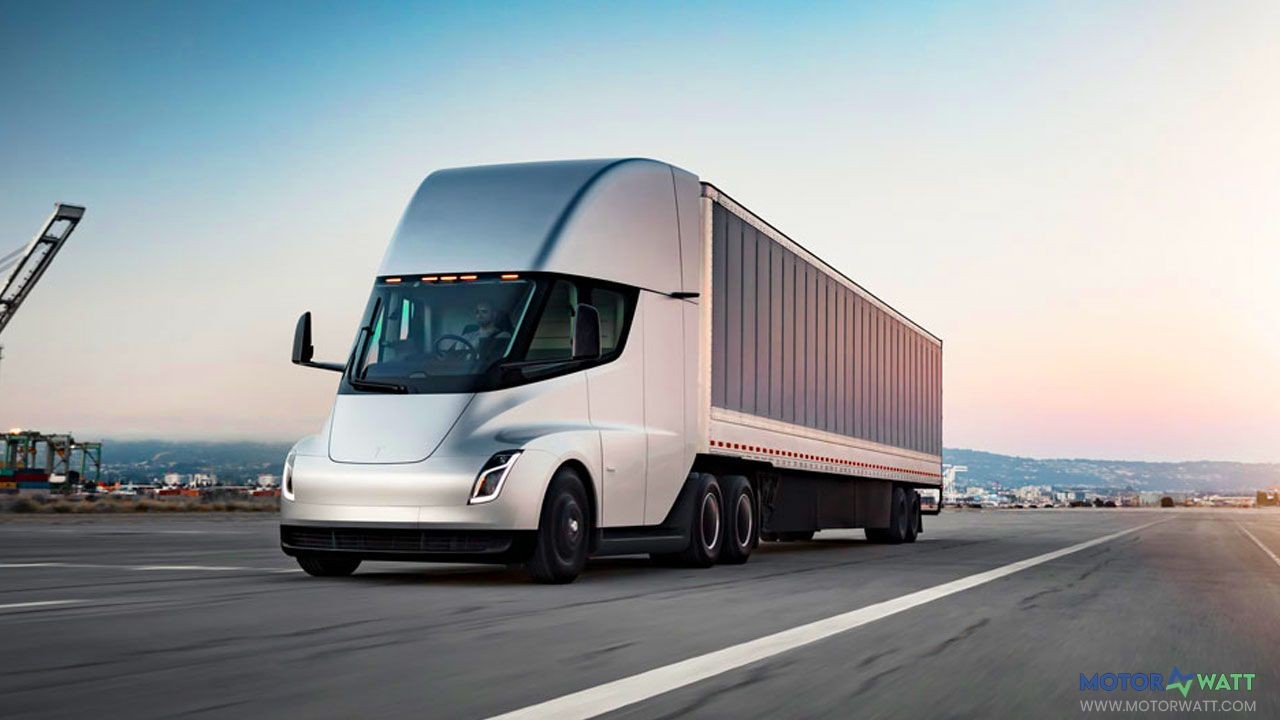 The American company Tesla began deliveries of the Semi electric truck, the production of which was launched in October five years after the premiere and three years after the originally planned date. The cost of the model starts from 150 thousand dollars. Unlike the prototypes presented earlier, the Semi production truck received new door handles and modified optics.

The design of the cab is arranged so that the driver is in the center. For a better overview and assessment of the situation on the road, Semi has two displays that work as analogues of side mirrors. A special system is responsible for safety, which reduces the risk of overturning the cab in the event of an accident. The Tesla Semi power plant will include four electric motors. According to preliminary data, the truck will be able to accelerate from a standstill to 100 km / h in 5 seconds, and with a trailer weighing 40 tons – in 20 seconds. With a full battery, the model will be able to drive up to 800 – 1000 km, and express charging will replenish the energy reserve in the battery from zero to 70% in just half an hour.

Musk and Dan Priestley, Tesla's senior manager tor truck engineering, also boasted of new "megawatt" ultra-fast chargers that will be used to quickly refill the truck's batteries, but they did not say how long it would take to recharge the truck. These chargers will be made available for the use of Cybertruck drivers when Tesla's pickup truck goes on sale, Musk said.