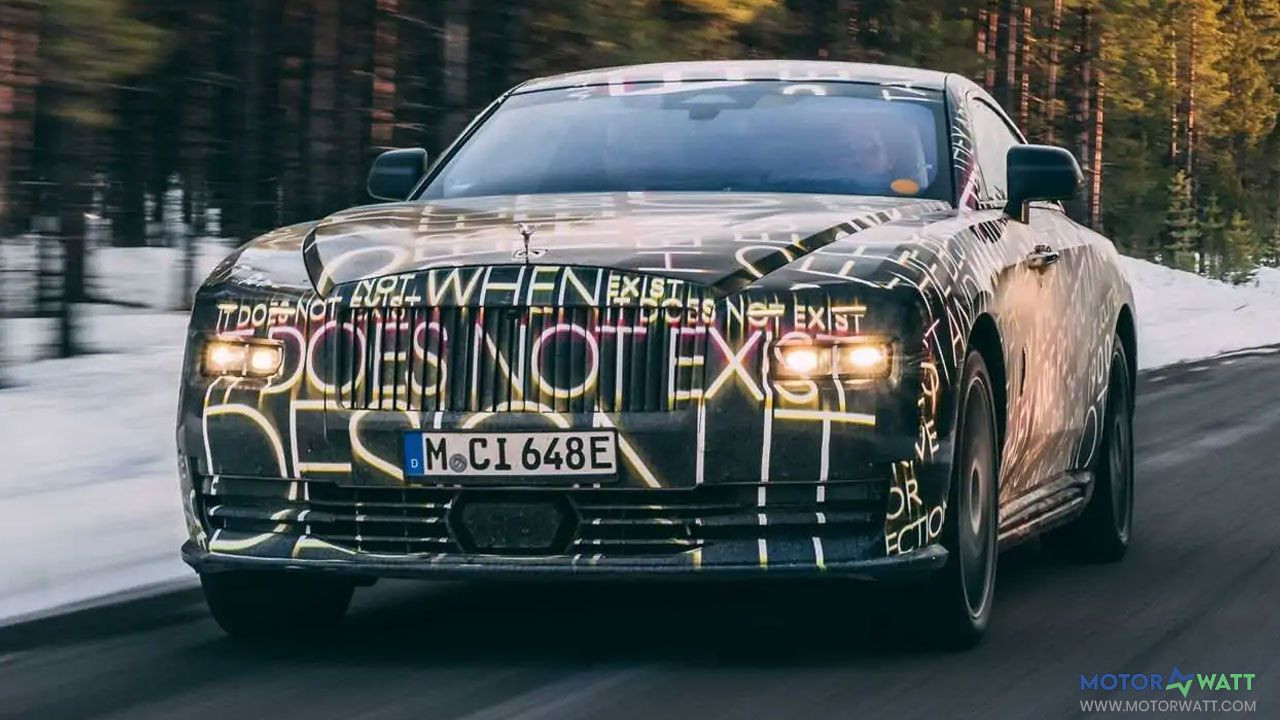 Rolls-Royce continues testing the first Spectre electric car. This time, the car was spotted on the legendary Nurburgring highway, where it underwent chassis tests. Despite the fairly decent weight, Spectre showed itself well in turns. And this is not by chance, because when developing an electric car, the British paid special attention to the chassis.

In addition, eyewitnesses captured the test car in calmer conditions on German roads near the Nurburgring. This made it possible to view the Spectre interior from a close distance, although much is still disguised. There is obviously some similarity with the Rolls-Royce Cullinan, especially in terms of the location of the duct deflectors and the central panel. However, it seems that the displays will be placed under a single glass, as on some BMW models.

Rolls-Royce has not yet disclosed the technical specifications of the model. We know that Spectre is built on the Architecture of Luxury platform, which is used in Cullinan and Phantom, but it has undergone a number of changes that allow it to withstand increased load. It is expected that the twin-engine power plant will produce about 608 horsepower.

By the way, the Spectre will be the most aerodynamically efficient Rolls-Royce car. Preliminary calculations, which took into account the use of an alternative "Spirit of Ecstasy" figurine created specifically for electric cars, showed that the drag coefficient should be 0.26, but in fact it turned out to be even lower – 0.25.