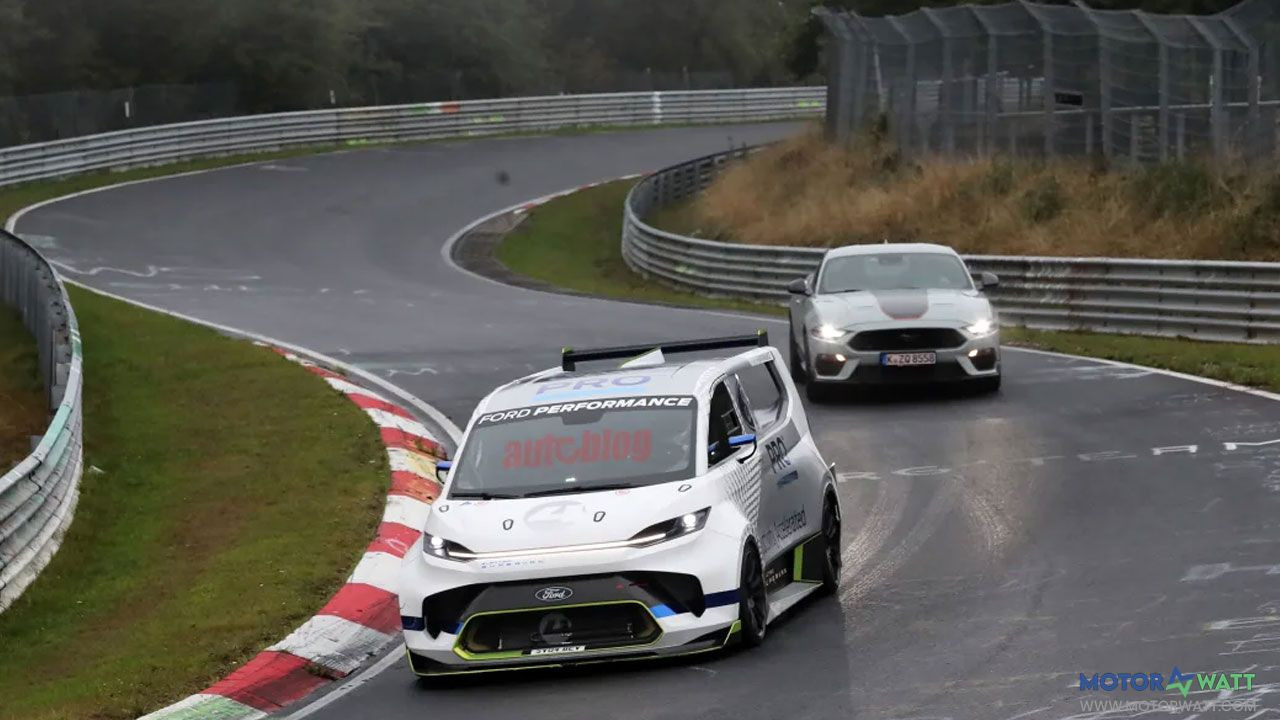 The Ford SuperVan electric van made its debut at the Goodwood Festival of Speed this summer. The return of its power plant reaches a crazy 2 thousand horsepower. And one would think that this is just a cool show car, but the car was spotted on the Nurburgring track.

The goals of these races remain a mystery for now - it is highly doubtful that Ford is preparing an electric car to enter the civilian market. Most likely, the automaker just wants to set a few records in the van class.

We remind you that the SuperVan is built on the basis of the E-Transit Custom. However, the body still had to be radically redesigned. Cool bumpers with diffusers, sports thresholds, a large anti-wing and special wheels are installed here. Of course, they also worked on the suspension, adapting it to the track. The cabin has racing seats, a frame, a simple instrument display and a large multimedia screen. The driver can choose between five modes: Road, Track, Drag, Drift and Rally. There is even a tire warming mode.

At Goodwood, the Ford SuperVan was the fifth fastest car up the hill this year. It posted a time of 46.58 seconds, just a fraction of a second slower than the fourth-place Subaru GL Family Huckster. The fastest car in 2022 was McMurtry Speirling with a time of 39.08 seconds.