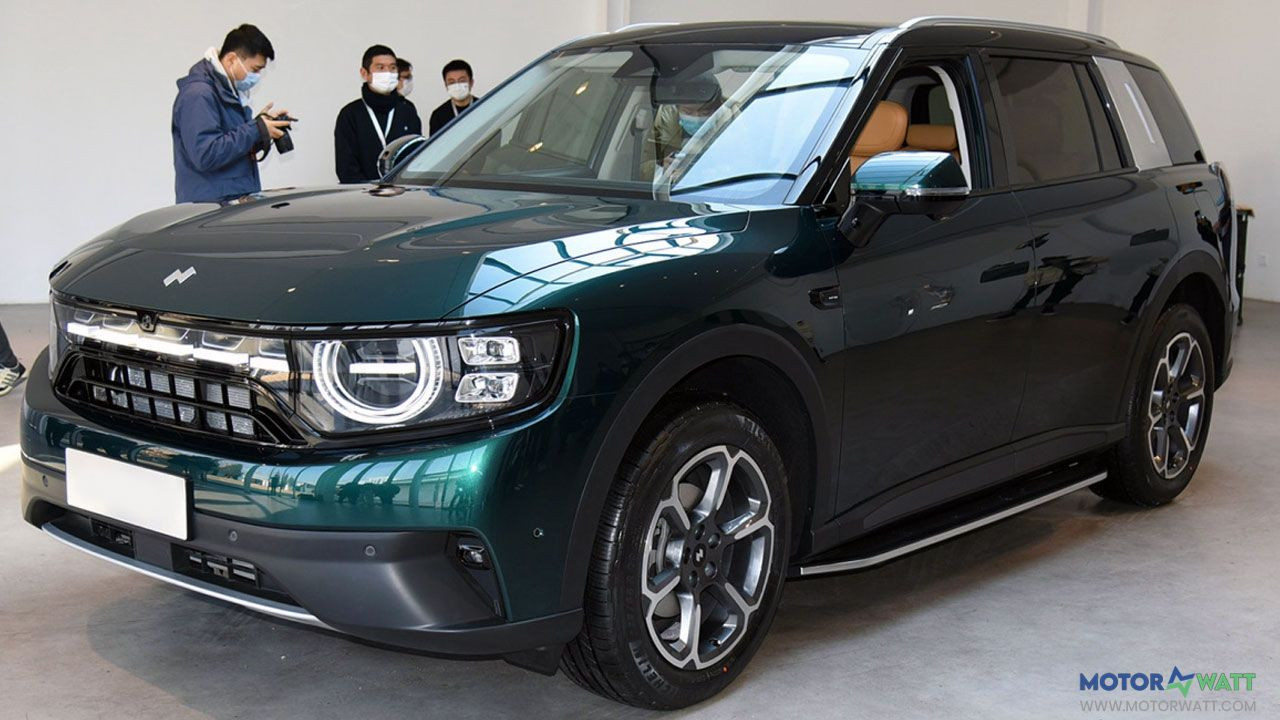 Behind the startup Niutron (full name Niutron New Energy Technology) stands a prominent Chinese businessman Li Yinan, a former Huawei top manager, technical director of Baidu and founder of Niu Technologies, which has been producing electric scooters since 2014. Niu motor vehicles are well known not only in Asia, but also in Europe, the annual production of the company in 2020 exceeded 600 thousand units.

Now Li Yinan wants to try his luck in the auto business, he introduced the Niutron startup in mid-December last year, although it was created in 2018 with the participation of international investment companies IDG Capital and Coatue Management LLC. Today Niutron has published the first photos of the first model — the NV crossover, the commissioning of which should begin in March, mass production — in September. They promise to start accepting orders by mid-summer.

Niutron NV will be produced at the company's own factory in Changzhou with a capacity of 180 thousand cars per year, Niutron headquarters is located in Beijing, the development center is in Shanghai. In three years, Niutron has developed its own Gemini modular platform, on which it is possible to create both hybrid and fully electric models, while their power modules will be identical, which reduces the cost. Hybrid models will be of a sequential type, in which the internal combustion engine is used as an extension of the electric power reserve. The characteristics of the power plants have not yet been disclosed, but it is known that up to 100 km / h the crossover will be able to accelerate in 5.9 s. In addition, it can be seen from the pictures that the suspensions are assembled on stretchers: the front is of the McPherson type, the rear is multi—link.

Overall length of Niutron NV is 4915 mm, width — 1950 mm, height — 1750 mm, wheelbase — 2900 mm. The exterior design vaguely resembles a compact American Ford Bronco Sport crossover, while the front has excessively large headlights, and diode battery level indicators are embedded in the side C-pillars. There are no photos of the interior yet.

In the future, Niutron will have a whole scattering of models on the Gemini platform, but it's not a fact that Li Yinan will be able to repeat the success of his scooter company — in the automotive business, costs are much higher and competition is sharper.
Tags:
MOTORWATT EV EVs EVMARKET ELECTRICVEHICLES EVNEWS
×
Stay Informed