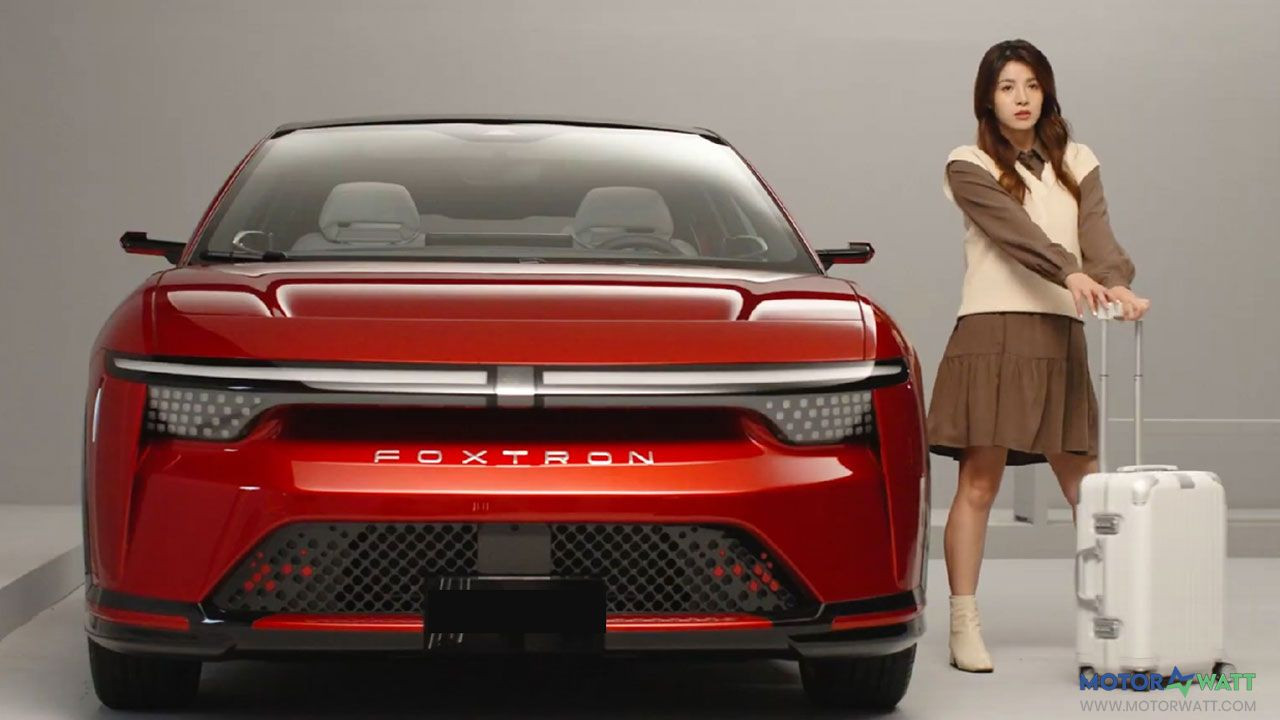 The Taiwanese company Hon Hai Technology Group (Foxconn), known in the world as a supplier for the famous iPhones, has already prepared a second model under its Foxtron automotive brand. Meet the novelty - the Model B electric ketch. The electric car is made in the corporate style of the brand and resembles the Model E sedan presented last year from the front. The back of the novelty is about the same, with LED lights. Cars differ only in body types.

The main competitor of the Model B should be the best-selling Volkswagen ID.3 and Nissan Leaf.

The technical characteristics of the electric car have not yet been disclosed. It is known that it is based on the original MIH platform and will be able to travel up to 500 Km on a single charge. Recall that the MIH architecture is modular and supports both all-wheel drive and rear-wheel drive.

The recoil of the front electric motor can vary from 130 to 270 horsepower. Rear – from 200 to 460 hp Batteries are provided in three pieces: 93, 100 and 116 kWh. It is almost certain that the Model B will receive the weakest electric motors and the least capacious battery to compete among relatively budget models of electric vehicles.

Recall that since 2005, Foxconn has been considered the largest company in Taiwan: over a million employees worldwide. And it is also the world's largest contract OEM manufacturer of electronics, assembling, in particular, iPhones, iPads and MacBooks by order of Apple.

By the way, Foxconn's partner in the person of Yulon Motor Company is preparing its own Luxgen n7 electric crossover, which is a reshaped Foxtron Model C all-terrain vehicle, also demonstrated last year. The power plant is all-wheel drive, develops about 408 horsepower and 700 Nm of torque. Acceleration to the first hundred in 4.8 seconds, and the power reserve on one charge reaches 700 Km.