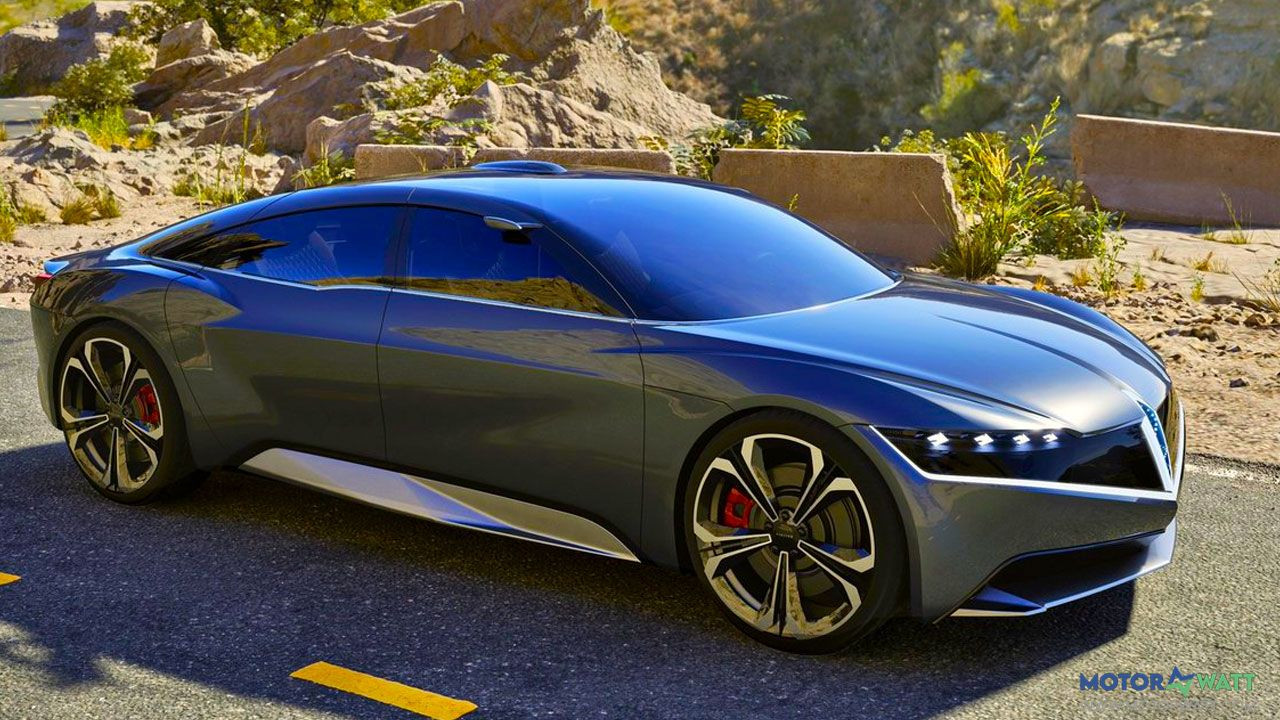 The manufacturing company BeyonCa was founded by the former executive director of Volkswagen Group Su Weiming. The BeyonCa Gran Turismo Opus 1 looks as unconventional as possible for a sports car. The exterior in the best Chinese traditions turned out to be too pretentious, with an abundance of strange shapes and a characteristic front part. The dimensions of the model are only partially disclosed. So, the length of the model will be as much as 5.2 meters, and the wheelbase is about 3 meters.

The main competitors of the GT Opus 1 can be called Audi e-tron GT and Porsche Taycan, to which you can also add a Chinese counterpart in the person of Ora Lightning Cat.

They promise to make the interior of an electric car as expensive and innovative as possible. The company has already shown part of the interior and a stylish-looking steering wheel. You can note the abundance of red lines on the seats and door cards made using ultra-expensive materials.

The power plant of the model has not yet been disclosed, but it is unlikely that it will be weaker than 700 horsepower. Only the battery capacity is known for sure, which will be 130 kWh and can replenish energy from chargers with a capacity of up to 300 kW. With such indicators, the power reserve should definitely exceed 600 km on a single charge.

"Chinese Gran Turismo" will appear on the market no earlier than 2024, the cost has not yet been disclosed. But the startup immediately promised a sports version of RS, whose price will be in the region of one million Yuan.
Tags:
MOTORWATT EV EVs EVMARKET ELECTRICVEHICLES EVNEWS
×
Stay Informed