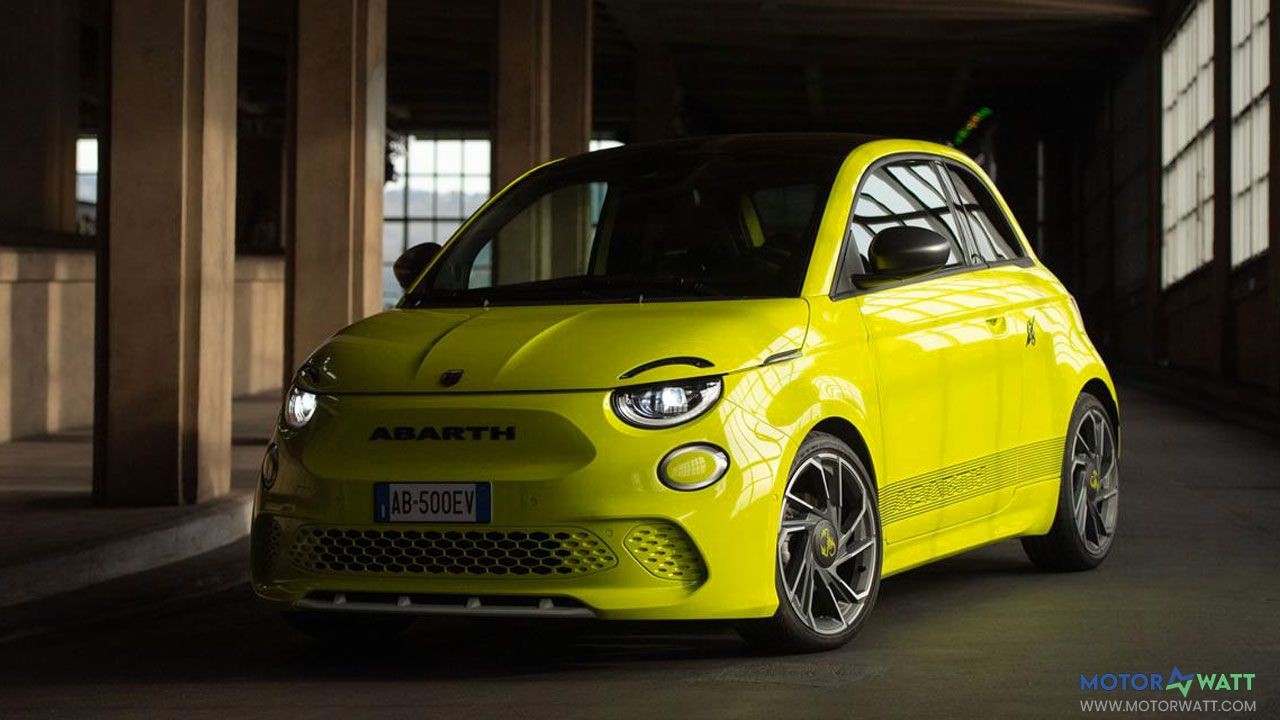 This bright yellow compact car is none other than the Fiat 500e in its new charged version from atelier Abarth. This is not just a charged version, but an electric sports car. Details were revealed on the official website of the Stellantis concern. Abarth has been tuning the Fiat 500 and other models of the brand since 1949, but for the first time engaged in an electric car.

The Fiat 500e Abarth electric car accelerates from zero to 100 km/h in 7 seconds, and from 40 to 60 km/h in only 1.5 seconds. In addition, there is a special synthesizer that simulates the sound of a gasoline engine exhaust.

Traditionally, Abarth modified the suspension and brakes of the car. 42 kW rechargeable battery.the year has not changed. The power reserve is about 300 km, and charging an electric car by 80% takes 35 minutes. You can find out the new Fiat 500e Abarth by the modified front part, body kit and extended wings.

In addition, the roof spoiler has been enlarged and 18-inch wheels have been installed. The interior has a sports steering wheel and seats lined with alcantara, and the front panel trim imitates carbon fiber.

The equipment of the Abarth 500e is very rich - keyless access, climate control, light and rain sensors, all-round cameras, wireless charging for smartphones. There will also be a starting limited version of Scorpionissima, which will be released in 1949 copies. Such cars will be painted only yellow, and the equipment will be supplemented with a panoramic roof and metal pads on pedals and thresholds.